How to Sarajevo | A City Guide 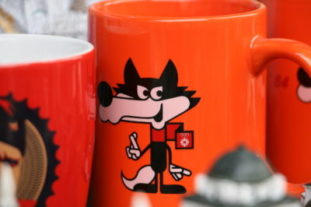 When told that the people, culture, and history of Sarajevo were like an onion, I was intrigued.  But it is true, the more you unpeel the layers, the more you could cry with laughter, or from the realisation that this place has stories to tell that span millennia. What is new is that Wizz Air now flies direct to Tuzla in the North of Bosnia and this has opened the gates to budget travellers from Scandinavia and Northern Europe.

6 things that you should know:

You will probably want to check the fare with your taxi driver in order to check that they have charged enough.

Colourful and well worn, today’s trams are largely second-hand gifts from cities across Europe. The  originals were shot-up during the siege in the 1990s.

Travelling around the city is easy and great value.  Taxis are well regulated and the trams trundle around the city in a continuous loop. It is similar to the Circle Line for the London underground except that you can share a joke with a Sarajevan and see the city up-close, as you rattle along the tracks.

Bars and cafes are plentiful and full of smokers. Favourites include The Hacienda.  You cannot miss it; get off a tram by the Vije?nica City Hall and head towards the Baš?aršija, (which translates approximately from Ottoman as central bazaar).

Destroyed in the siege of the 1990s the restoration of the Vije?nica symbolises a renewal for the city.

Welcoming to locals and visitors alike the Hacienda is a popular meeting place.

If you want to experience a secret then keep going through the Baš?aršija, cross the tram tracks, and head up the hill, past the mosque and ask for the Phoenix pub.  Once inside it feels like a piece of Oxfordshire, teleported into an old Turkish fort; and yes you do have to knock to get in.

The gateway to the Phoenix Pub is through an old Turkish Fort. The pub is on the right.

Live music is provided by enthusiastic jamming sessions, and if you ask the landlord, he might just offer up a master class in the nuances of Bosnian history (nothing is black and white therefore plan to invest the time for several beers). Finally, and in contrast, is the bijoui Goldfish bar that feels straight out of a 1920’s movie set.

The deal with the Goldfish Bar is that you make a wish in this time-capsule of quirkiness.

To find the Goldfish bar head toward the city’s eternal flame.  You can take a tram or walk from the Baš?aršija. The bar is 100m from the memorial, (just ask for directions).

The eternal flame commemorates the city’s liberation in 1945.

Food is hearty, traditional and tasty. Vegetarianism appears not to be the strength of the Bosnian diet however, the street food can be organic and served with a smile.   If you explore the back streets you can still find bakeries that fire their ovens with wood and the smell of fresh bread is uplifting.

As per the Hapsburg tradition, smart coffee and cake can be taken in the Hotel Europe, (just down from the Baš?aršija) or if you want contemporary street food try a chicken kebab from Pirpa ,(Paper), which is just across the river.

While you are having your food prepared in Pirpa you can listen to stories of how fresh ingredients were smuggled into Sarajevo during the infamous siege of the 1990s.

If you are looking for a treat, or presents to take home, the ‘Turkish Delight’ is authentically delicious.

History is all around in Sarajevo.  If you look closely, the fingerprints of times gone-by are everywhere.  Running the length of the city is the river Miljacka whose mountain waters once demarcated the Roman, Eastern and Western empires.

Ottoman overlords ruled for centuries and brought with them their vocabulary, art and architecture. A threat of Austro Hungarian armies from the West, caused millions of muslims to flee Bosnia and Herzegovina in the 17th century.  This diaspora founded present day cities such as Izmir in Turkey.  Perhaps most significantly for the whole of Europe, the starting pistol for the First World War was fired just opposite the Latin Bridge.  In the nearby museum, and for the price of a beer, you can see the weapon that sprinted the world into cycles of revolution and war.

Of itself, the pistol is unremarkable, but it is but one example of unique, insights that are available to those who choose to come and observe.

Culture and faith: The city’s people remain an amalgam of cultures and beliefs. If there was ever a place to learn about different faiths then this city is arguably amongst the top 10.

Across Sarajevo the Islamic call to prayer mingles with the bells of Orthodox and Catholic churches and the welcome of Jewish synagogues.

Happy to show case their city to the world, many Sarajevans donated their savings to help pay for the competition. A baby wolf Vu?ko, (pronounced vutch koe) was the event mascot and, like the games, is fondly remembered.

A resounding success, the  immediate legacy of friendship and sporting achievement was overshadowed by the familiar images of conflict.  Today the bob sleigh track lays silent and the games remain a distant memory for the World’s media.  However, as Robert Frost once remarked “what ever you think about life, it goes on.”

Out of the headlines, the ski resorts are thriving, facilities are modern, the winter sports are world class.